The Long Road to Your Personal Arcade Controller - Part 2

General Introduction and Thoughts before Embarking on the Quest:

Before you start on your journey towards your perfect gaming controller, start with the requirements you have.
First you have to face it, there is no perfect controller which can cover everything. With every input scheme there is a tradeoff in other games.
The perfect example is the Valve Steam controller, an excellent controller which is heavily misunderstood and neglected by the gaming crowd due to never change a running system mentality many gamers have nowdays. Its main aim was to enable keyboard/mouse combo games at a couch. 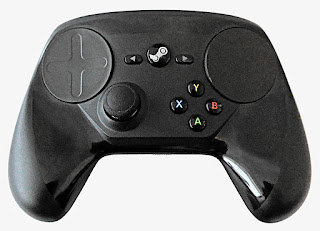 Valve tried to achieve that by using high precision touch-pads for the mouse/keyboard control and an excellent mapping software.
Was it good, yes especially with its integrated gyro sensors and trackball emulation it got a small but dedicated fan base. But in the end two factors prevented it to become a huge success.
With every universal control scheme there were certain tradeoffs:

So if you start to build a controller, really think hard upfront on what you want to achieve and what games you want to play with it. You basically can group the games into several groups:

The best input scheme for those is a classical gamepad
Retro Arcade:
There it really depends on the type of game. Especially early arcade games often have by nowadays standards very exotic control schemes.
By the 1990s the input schemes mostly have consolidated due to the lack of innovation in gameplay in the arcades (the consoles were slowly taking over and the real innovation happened on the home computer and PC side at that time, where the input schemes and requirements were not that rigorous anymore)

So Here is a List of Examples of what you can face:

1990s:
SHMUPs and Brawlers and racing games. The three dominant games about all of the games revolve around those three genres with an occasional laserdisc game or 3d game using arcade guns being thrown in.
For Shmups and Brawlers a classical setup of a fight-stick will suffice, however there might be newer stick designs which fit better to Shmups but are basically useless for brawlers. It mostly will come down which stick you want to choose and which buttons. Any classical 1 digital stick 6-8 button layout will do.
Racing games… the best bet here is a steering wheel setup. I cannot say how a PC racing steering wheel might perform on those games, I have yet to try it (using my own steering wheel mostly for dirt rally), another option would be a steering wheel top on top of a classical spinner on those games.
Light-gun games. There weren't too many options for years except getting an old arcade and try to get the light-gun out of it. Thankfully some vendors have filled this hole by now and you can get light-guns and usb controller boards for those via the internet .

1980s late 1970s:
The decades where in my opinion the real innovation on the arcade side happened. Especially in the early eighties the golden era of the arcade every game tried to be different (well lots of tried) and that came with the tradeoff or advantage, depending on how you see it, of various standard and in some cases weird control schemes.
And thats where things become somewhat complicated and where a standard arcade stick setup often does not cut it anymore.
Here probably are the main categories
Best used with a paddle or in case of pong a 2 paddle setup, a mouse or trackball will be able to do the job as well if you don't want to go to the original haptics of those games. 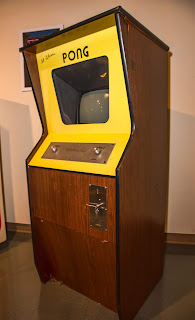 Not too many of those early games used analog controls and often if they used them they combined them with weird inputs. Only 2 games atm. come to my mind (but my scope of what games I know from that era is limited)
Star Wars. This one used a control yoke, which was for many decades close to impossible to get, but thankfully a vendor is now selling replicas which try to come as close to the original as possible (see this link for further info)
Battlezone, i think this machine used a two stick/two yoke setup
There might be a handful of other machines, however analog controls were not that prevalent in that era like they are now. 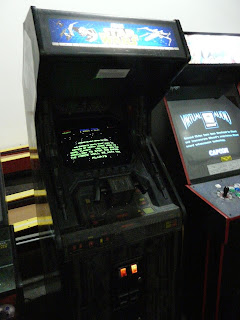 Many of the early games used a 4 directional control scheme. Pac-man is the prime example of those games. I would even say from 1980 - maybe 1982 a 2 way or 4 way controller scheme was the dominant scheme.
The good news is, any 8 way control stick is able to emulate a 2 and 4 way control, thats also how early consoles and home-computers dealt with arcade ports. After all, 4 ways and 2 ways are only a subset of  8 ways. The bad news however is, having 8 ways causes a little bit of a headache due to misdirections once the joystick is steered too much towards the diagonals.
Rotated 4 ways: Only a small number of games using a diagonal perspective are using that. Some of those can be coped with with a trackball and mouse as control alternatives. However either you live with 8 ways for the other or there are newer specialized joysticks which can cope with those on a software base. More to that in a later blog post. 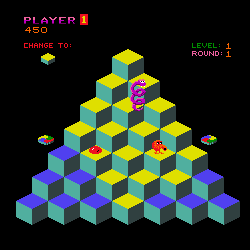 There is a handful of very popular games of the early 80s which used trackballs as mouse replacement (Centipede, Missile Command, Crystal Castles, Marble Madness etc…), if you want to play those games it probably is the best to get an arcade trackball (not a desktop one for various reasons like ball tilt which those desktop ones do not have) 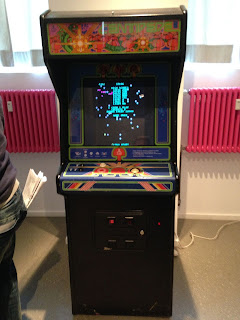 Depending on the age and hardware you have to support from a handful of buttons up to a modern xbox gamepad.

You need 4 digital inputs in all cases but also  analog ones for the  newer consoles.

Add to that that in the home-computer era the keyboard many times was used to select the number of players/and or difficulty level or generally as input,
and often it varied from game to game, and you have a huge mess on your hand to support all that.

So the best bet is to really think hard upfront on what games you want to play, to save money.

Or you go in full force and try at least to support most of the games if not all of them and use plugged in controllers for the rest .

The choice is up to  you how far you want to get, but remember, as I said in the  beginning, there is no perfect controller, and you will not be able to support everything with one controller.

The Long Road to Your Personal Arcade Controller - Part 1

Just to give a short introduction, last year I bought a run of the mill arcade conroller to play old games, little did I know that this simply purchase would end up in a year long quest on getting things right, and building lots of woodwork, digging my 35 year old electronics knowledge out again and having happy kids in the end who enjoy those old games as they are, just good games for a quick shot of entertainment.

So what did happen? I bought an run of the mill arcade controller with one digital stick and 8 buttons and ended up after a short period of happyness, being unhappy.
The thing worked, and probably would work quite well for a certain number of games like fighting games or some of the old arcade games, but in the end, one feature of the arcades was that specialized controllers gave a specialized feeling for certain games.
Especially in the early era arcade machines often tried to differentiate themselves with exotic control schemes.

The prime example of that was star wars arcade machine with its famous yoke controller, or Centipede being one of the first games utilizing a trackball.
So I started to search around and found this beast - the X-Arcade tankstick. While thise came close to what I really wanted it fell short.
There were no analog controls, no side buttons for the pinball feeling, no spinners for the perfect game of breakout or pong.
Sure I am aware that really exotic control schemes like the yoke never can be properly supported unless you buy a yoke controller. What I wanted was a controller which could cover most of the games decently up to a close to original feeling.
So in the end I already had the X-Arcade in my shopping cart and emptied it and started my almost yearlong quest on my very own personal arcade controller.

The Odyssey Part 2: How I got lost and could not find a way


So I got lost. Well I had a vague idea how my travels should start and where they should be going, but I never had the idea which ship I would use or what perils I would encounter on my travels.
To the start, my idea was, that I needed a controller which both supported analog and and digital inputs, also i wanted a trackball for a good old round of Centipede and also how about Pong? In the end also modern games should be supported by an XBOX controller simulation.
Impossible you might say? Simply plug in various controllers! No, too easy. In the end I had an idea and started to search for the parts. Well I did the same mistake every beginner does, to cheapen out on the parts. After all how hard is it to get the controls right, you just buy a bunch of cheap chinese stuff, a presoldered all in one board as a set and a bunch of cheap buttons and be done with it.
Not so fast my friend, just as Ulysses ran into many perils and pitfalls, to cheapen out won´t work. Expect to spend serious money if you want to have a serious solution.
But thanks to a small bug dedicated scene of arcade collectors home brew builders and general arcade lovers a handful of vendors exist worldwide which can sell you good parts, often even being the originals used back then in the arcades or improved versions.
Also thanks to this scene a handful of small new manufacturers have arrived which try to seriously improve on the arcade old designs and try to bring the controllers forward into a new age.
In the next blog post, I will write about what parts you can use and where to get those. But until then, happy gaming my friend and don´t let the ghosts of Pac-Man eat you.